What is Technical Matric?

The Department of Higher Education and Technology allowed this parallel Matric to be offered in colleges so as to afford equal opportunity to those who left school without Matric certificate to still complete their Matric.

Technical Matric, when compared to the current Matric, has many advantages. Please note that this does not take away the advantages of the current Matric certificate and if given an opportunity to do it and if able, then it is always a priority to follow the current metric offered by the Department.

The advantages, therefore, ought to be viewed in light of what is affecting you in not to getting a Matric certificate.

Technical Matric is much quicker and faster to complete and can be done within a year. It can be done from 8-11 months. However when you consider the current CAPS curriculum, to get Matric can also be done in one year but has proved countless times that it is very difficult if not impossible and ends up taking two to three years.

When you consider your situation, it is possible that there has been months or years you last attended school if you finished some time back or dropped out before Grade 12. This makes it even more challenging for one to complete all the six subjects. This then ends up taking 2-3 years to fully complete it.

Technical Matric can be written more than once in a year

Other advantages of Technical Matric

There are many advantages but also this does not mean that there are no disadvantages. Some of the disadvantages of Technical Matric are as follows:

However, when you consider advantages and disadvantages, Technical Matric is more a better option to those who do not have Matric and want to have their Matric certificate especially in the current times when every job requires one to have Matric as a minimum qualification.

Should you need more information on Technical Matric? Do not hesitate to leave your comments below and we will gladly answer them. 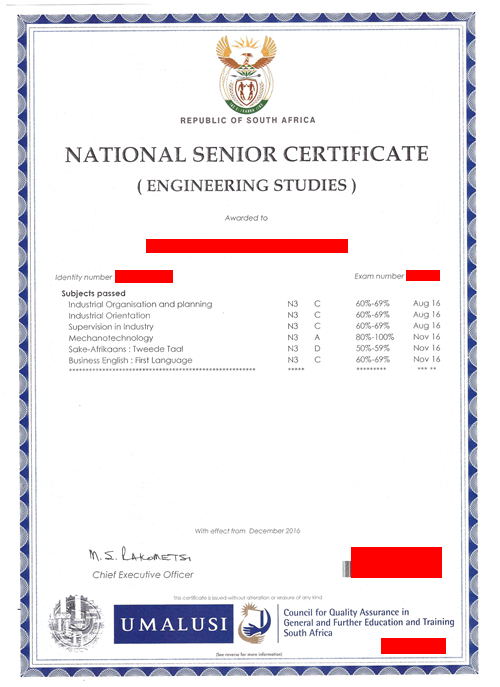